I say “broad” because unlike any of these other subgenres, entire radio stations were devoted to the music falling under the soft rock umbrella, a “hateful practice” (a Frank Zappa term) that persists to this day. “Lite 100.5 FM,” “Magic 95.1,” and “103.1 Easy” are still cranking out Bread, Carpenters, and Seals and Crofts across the airwaves. It’s enough to make you swear off food when taken in large doses, but there’s nothing inherently wrong with songs that rock on the softer side and there’s a lot there a music lover could defend.

First, let’s get clear on terms. Almost all bands and artists have a song or two strummed on an acoustic guitar or that otherwise exploit some quieter dynamics but  Pink Floyd’s “Wish You Were Here” isn’t going to get anywhere near Magic 95.1 FM. Soft rock is not just quiet — it’s soft.

In “Summer Breeze,” the evergreen 1972 hit by Seals and Crofts, we have all of the hallmarks of soft rock, the good, the bad, and the well, loathsome. First, the good.

Here’s a song that is a feast in terms of hooks, melody, and cool chords. The moody, minor-keyed intro hook alone is worth the price of admission. The melody is simple but inventive and the chords sound like they are a Steely Dan ripoff (high praise), except that this song predates that band’s debut album. The arrangement is well appointed with a lot of signature sounds — woodwinds and mallets, as well as a distorted guitar on the answer hook in chorus —  deeply textured, but not weighed down. Against this, the drums have a good pocket. It’s just great record-making; easy to see why it was a hit and endures as a classic. Now the not so good.

I say this as a fan of the song. Despite all of its handsome attributes, I dare say that there may be something insidious, even ugly at the core of “Summer Breeze” and it applies broadly to a lot of soft rock.

But in order to explain, allow me to rewind a bit. 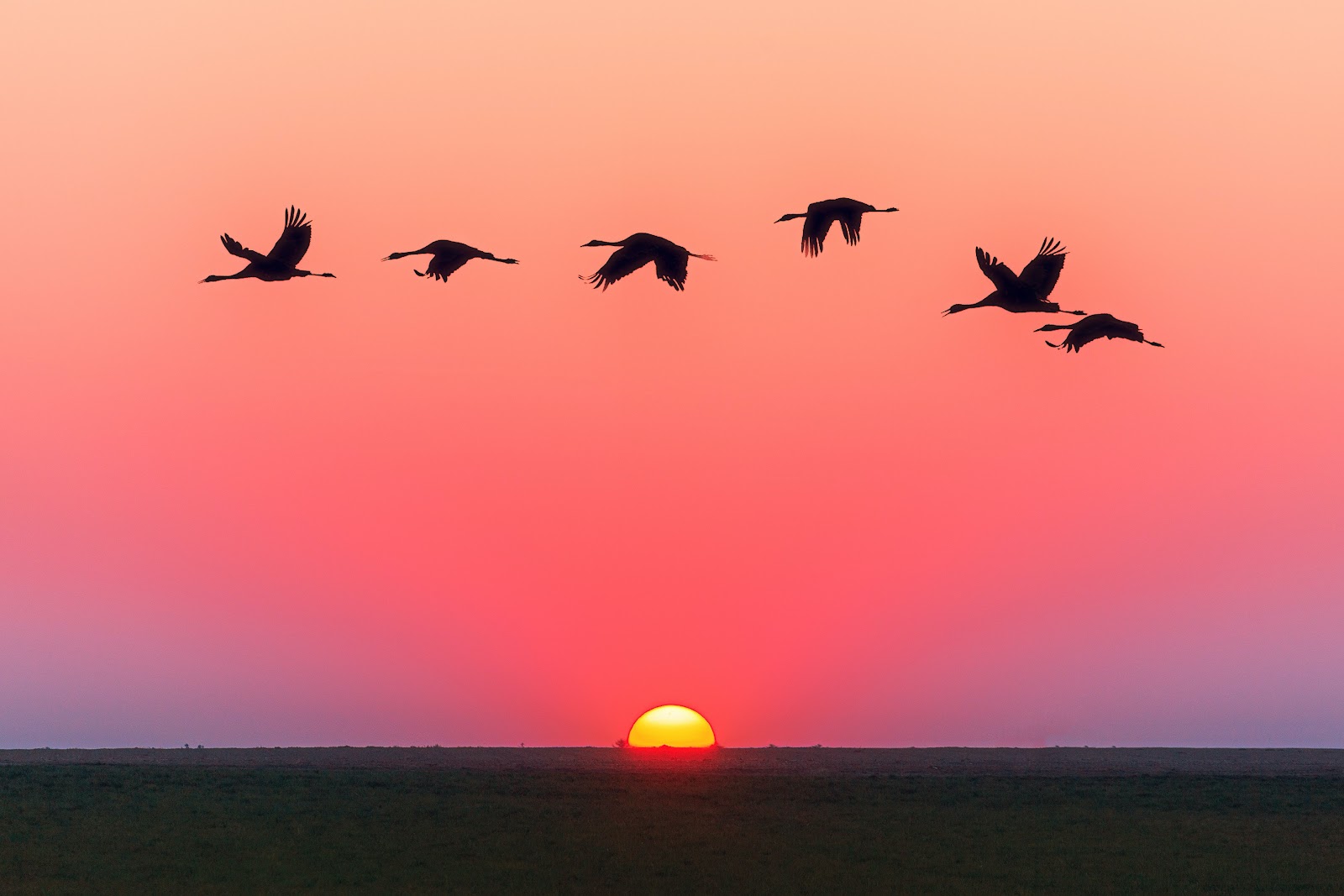 In tracing the early roots of soft rock, I’m inclined to talk about folk music, but the touchstone that we are probably looking for is mid-60s folk-rock. That leads us to its two inventors, The Byrds and The Beatles who were independently cooking up the folk-rock concoction in their studios around the same time, Mr. Tambourine Man getting the jump by two months on Help! In the summer of 1965. The Byrds intentionally, and consciously hybridizing their native language, folk music with the big beat they heard in the wildly popular music of the Fab Four, while the Beatles were just being themselves, cultural sponges — this time soaking up the influence of Bob Dylan and burgeoning folk movement happening stateside. Dylan himself is semi-consciously folk-rocking to a degree on “She Belongs to Me” from Bringing It All Back Home, released even earlier that year:

And here’s the earliest Beatles song that is said to display the Dylan influence, from 1964’s Beatles For Sale album:

But none of these early folk-rock examples would be played on 103.1 Easy-FM. Moving forward in the decade, the arrival of hard rock gave a natural birth to its counterpart, so it’s easy to see that “soft rock” is not really a subgenre or a musical movement. It exists purely as nomenclature, and it’s a clumsy label too, especially as applied in the 60s. Earliest examples of “soft rock” include Neil Diamond, The Association, The Bee Gees, B.J. Thomas, Harry Nilsson — a motley assemblage of genre orphans. Soft rock would be short on fodder until the arrival of the 70s and the launch of the singer-songwriter movement in rock and its pop music offshoots. 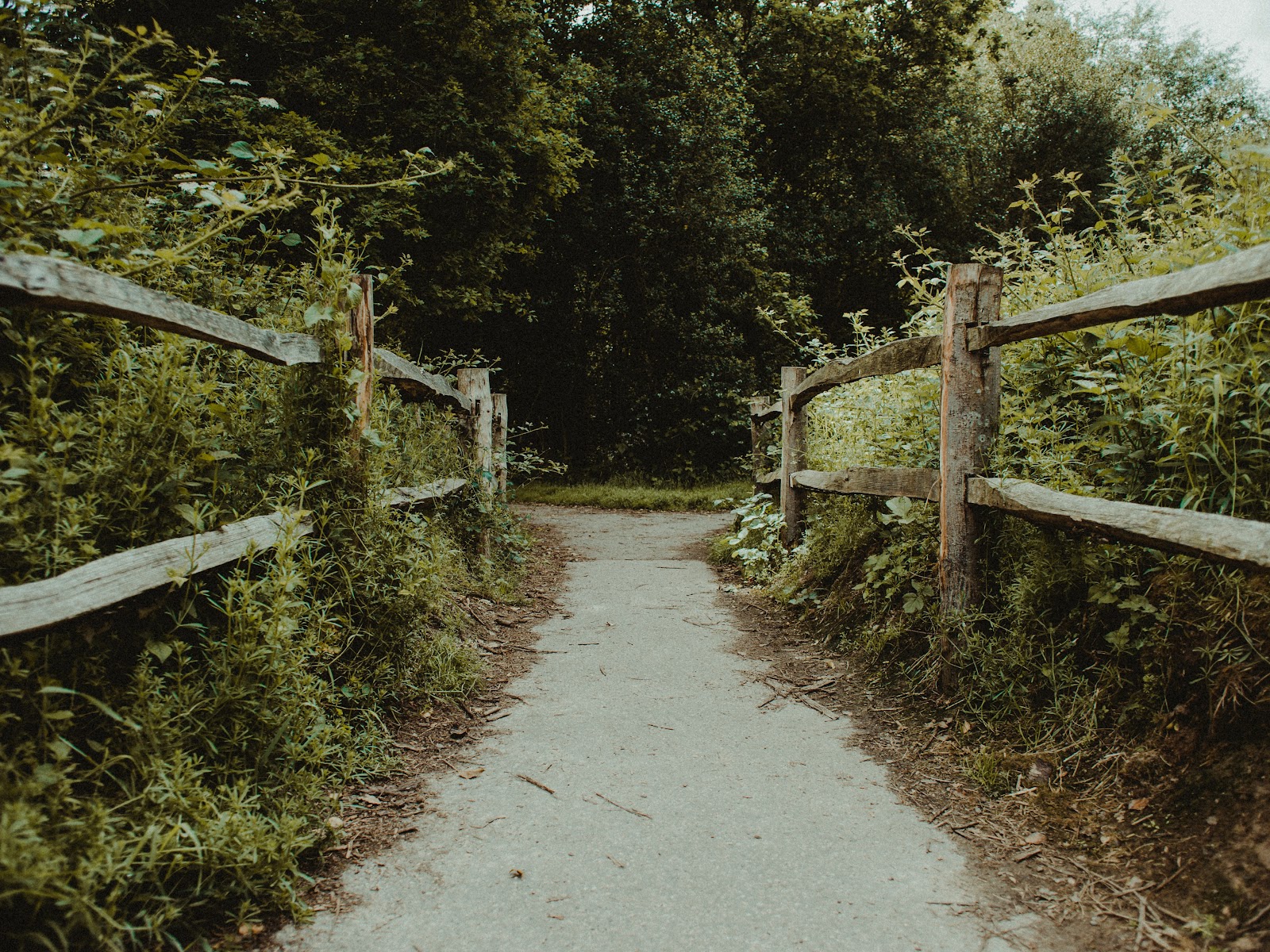 If the hallmark of that 70s era is a back-to-basics, rootsy acoustic approach with an emphasis on songwriting and lyrics, then the seeds had already taken root in the woods of Woodstock in rural New York and the winding streets of Laurel Canyon in Los Angeles. In 1967 while the maximalist psychedelic era in rock was peaking, Dylan and The Band were quietly holed up at an old rented farmhouse dubbed “Big Pink,” cranking out the insular shaggy dog stories and in-jokes that would become The Basement Tapes. Though not officially released until 1975, the raw home-recorded demo tapes could be bought in a plain white sleeve as rock’s first notable bootleg, stamped Great White Wonder. Copies were trickling out but it was Dylan’s 1968 pared-down John Wesley Harding album and especially The Band’s rootsy debut, Music From Big Pink that signaled a seismic shift and essentially kicked off the 70s era two years early. On the other coast, a similar homespun. back-to-basics movement was afoot in the Laurel Canyon crease in the Hollywood Hills above Sunset Boulevard.

The home of Frank Zappa, Carole King, John Mayall, as well as members of The Byrds, Buffalo Springfield, The Mamas and the Papas, The Monkees, and soon after, James Taylor, Jackson Browne, Joni Mitchell, Graham Nash, and Neil Young, Laurel Canyon was the ultimate domestic hippie music scene, communal and spontaneous, cross-pollinating and ultra-musical. As recounted in the various fascinating chronicles that have been recently flooding out, the loose, sprawling house party in the hills above the Sunset Strip was the perfect environment to foster the next phase in the steep growth of rock’s development. Passing the acoustic guitar around to wow each other with new songs they had just written, the healthy competition among Laurel Canyon artists showing off for each other started bearing all kinds of fruit, culminating with 1969’s impressive debut, Crosby, Stills, and Nash (who met and first sang together at either the Laurel Canyon home of Joni Mitchell or Cass Elliot of the Mamas and the Papas, it’s fitting that the history here is somewhat blurred), the indelible Sweet Baby James album (1970) by new arrival James Taylor, the wildly popular Tapestry album by Carole King (1971) and especially Joni Mitchell’s follow up to 1970’s Ladies of the Canyon, the stunning confessional, Blue (1971), all emblematic works of rock’s new era in intimacy and introspection spawned by the bucolic life shared in the hollows of Laurel Canyon in Los Angeles.

The Beatles’ Apple Records’ first signing in 1968 was a 20-year-old songwriter from North Carolina named James Taylor. Peter Asher, who was acting as Apple’s A&R manager is quoted as saying that most young songwriters he was considering had very little life experience but that Taylor had already been through so much by the time he heard him. Trained as a cellist and mastering the guitar at a young age, James knew Danny Kortchmar from summers at Martha’s Vineyard and they were touring coffee houses as “Jamie and Kootch” by the time James was 15. Plagued with the psychiatric problems he described later as “inseparable from his personality,” James traveled a winding path through various psychiatric hospitals, drug treatments, and Greenwich Village leading him to London and Peter Asher who, besides signing him to Apple, became his manager, a key development. After recording his solid debut for Apple, another circuitous path through drug addiction, hospitalization, performing, getting signed to Warner Brothers, and a bad motorcycle accident led him to Laurel Canyon, where he would reside while recording his breakthrough follow-up, Sweet Baby James at Sunset Sound with Peter Asher in the producer’s chair, Kootch, and a cadre of allies including Carole King at the piano as his band, and his best material (only “Carolina in My Mind” from the debut would rival his current crop of songs).

“Fire and Rain” is a deeply poetic song with an all-acoustic backing and a drummer using brushes but there is nothing soft about it. Taylor’s signature fingerstyle guitar is featured, and he digs into each one of the “answer” riffs between the lyrics, piercing the reverie each time with his gutsy acoustic. Russ Kunkel’s drumming enters on the first chorus and has such a unpredictable vitality that the track, though richly detailed with Carole King’s empathetic piano and the droning of a bowed upright bass, essentially becomes a duet between Taylor and Kunkel, with the drummer’s anguished, near-chaotic fills at the end of each chorus mirroring the uncharted psychological territory only hinted at by the depth of the lyric, reportedly about Taylor’s learning of the suicide of a childhood friend, news that was kept from him for six months while he was pursuing his big break in London. The quiet minimalism of the arrangement only underpins the poignancy of the subject matter. “Fire and Rain” has to be one of the most harrowing tales ever told on AM radio, where it climbed to number three and helped to herald a new era, what came to be known as the singer-songwriter movement in rock.

The next year Taylor would return the favor and guest on Carole King’s own intimate breakout album, Tapestry while down the hall at Sunset Sound, Joni Mitchell was sequestered, recording Blue, an album so intense in cathartic emotion for her that she ended most of the takes quietly in tears. 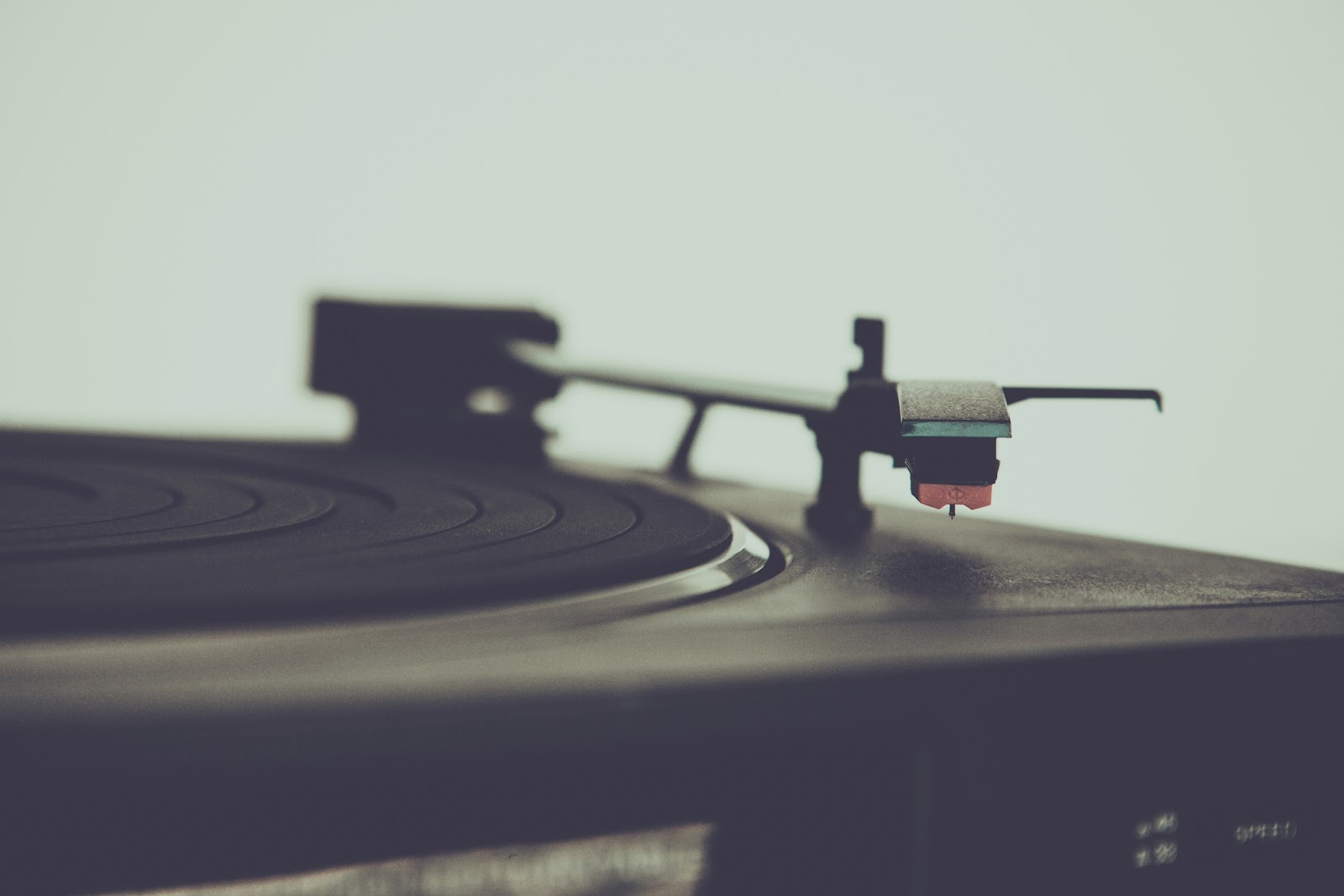 The cultural shift from the far-out 60s to the insular 70s was palpable. The Woodstock dream turning into the Altamont nightmare almost overnight. The horror of the Manson family murders and the spectacle of the public trials. The Beatles breakup — all slammed the door on the communal flower power era and the aftermath of that spiritually expansive time saw people cozying up with their records at home. This was the time for more intimate music to come to the fore in rock. Simultaneously, Led Zeppelin, Deep Purple, Alice Cooper, and Black Sabbath were all emerging, so the hard/soft dichotomy was lodging itself in the public imagination. No one asked them to, but fans were choosing sides and by 1971, the first “mellow rock” stations were cropping up in major FM radio markets. Into this lucrative valley flood the marauding hordes.

In what seems like an inevitable progression, art slowly becomes craft and pop slickness starts supplanting the raw intimacy of how the singer-songwriter movement started. That’s a generalization — talented new artists Jackson Browne, Tom Waits, and Warren Zevon emerge with little or no gloss to offer. Artists like Bread and The Carpenters arrive, displaying an enormous amount of craft along with their undeniable artistry. But it’s clear that a shift toward slickness was underway, partially due to advances in recording technology and techniques that will culminate in what is today known as “yacht rock,” where craft is front and center. That slickness can be heard in a lot of 70s music, across many genres, but it’s a little disconcerting to hear it in the music of artists that came up representing a gritty, acoustic authenticity. Nevertheless, depending on one’s appetites and immunities, there is something for everyone in that rich period where harmonies ruled, where the chord changes were a little more ornate, where craft was king on the border between true emotion and sentimentality.

So, in defending those singer-songwriters, bands, and artists that pioneered the quieter side of rock in earnest, I say beware the broad brush. Yes, some soft rock is a cynical grab at the rock audience. Yes, some “soft rock” artists deserved to be exiled to the “easy listening” section of the record store. And yes, almost all of it disintegrated into mere glossy craft at a certain point, but the early 70s constitutes some of the towering artistic peaks in rock music, and among them are the quiet but intense, expressive, landmark works of The Band, the Laurel Canyon artists and the deeply felt music that they inspired.

And some of the cheesy stuff is great too!

Got a recommendation? Send us some email:
hello@estheticlens.com

Begin typing your search above and press return to search. Press Esc to cancel.